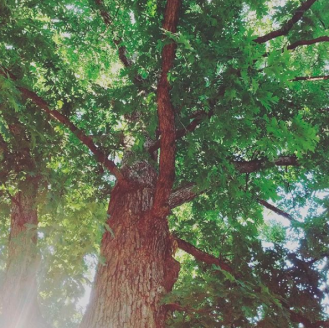 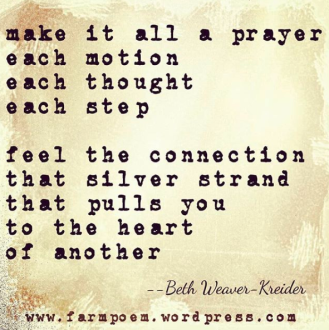 Gratitude List:
1. Towhee and peewee, and phoebe and wren
2. Hummingbird is still in the hollow. I thought she had gone, or died.
3. Those who accompany the people in vulnerable situations
4. Cucumbers with cream cheese
5. The voices of the people are sometimes heard. Speak up. Speak out. Stand for justice.

Thoughts for Monday:
“To be a poet in a destitute time means: to attend, singing, to the trace of the fugitive gods. This is why the poet in the time of the world’s night utters the holy.” ―Martin Heidegger
***
“Joy is the infallible sign of the presence of God.: —Pierre Teilhard de Chardin
***
“You have to learn to get up from the table when LOVE is no longer being served.” —Nina Simone
***
“I like sitting at the piano. I like the idea that there are things coming in through the window and through you and then down to the piano and out the window on the other side. If you want to catch songs you gotta start thinking like one, and making yourself an interesting place for them to land like birds or insects. Once you get two or three tunes together, wherever three or more are gathered, then others come.” —Tom Waits
***
“The poem, I’ve always felt, is an opportunity for me to create an integrated whole from so many broken shards.” —Rafael Campo
***
“Which came first, the fear or the gun? The broken heart or the bleeding one? The impulse toward death or the desperate reach for love?” —Mark Morford
***
“A journey can become a sacred thing:
Make sure, before you go,
To take the time
To bless your going forth,
To free your heart of ballast
So that the compass of your soul
Might direct you toward
The territories of spirit
Where you will discover
More of your hidden life,
And the urgencies
That deserve to claim you.”
—John O’Donohue
***
“There is no such thing as being non-political. Everything we say or do either affirms or critiques the status quo. To say nothing is to say something: The status quo—even if it is massively unjust and deceitful—is apparently okay. The silence of many Christians is used to legitimize the United States’ obsession with weapons, its war against the poor, Israel’s clear abuse of Palestine, politicians who are “pro-life” on the issue of abortion but almost nothing else, the de facto slavery of mass incarceration, and on and on.” —Richard Rohr

I am taking a class right now, called Shaping a Community of Learners.  We are using terms like the “invisible curriculum” and discussing the ways in which various philosophers defined the word “care.”  We are asking ourselves what it means to be a teacher, what it means to have a relationship with our students, what capacities we want to develop within our students beyond good grammar, knowledge of the world, and strong mathematical and science skills.

Today, in Jan Richardson’s Sacred Journeys, I came across this excerpt from a sermon by Dorri Sherrill, in reference to Shiphrah and Puah, the Hebrew midwives who defied the pharaoh’s order to kill the male Hebrew babies.  Some people refer to this as the first recorded act of civil disobedience.  Sherrill says: “The truth is that Pharaohs, in some form or fashion, always will exist.  And as Shiphrah and Puah faced the Pharaoh of their day, so we must face ours.  We must face with courage and power those who want to take freedom because we, today, still are called to bring liberation into being, to be co-creators with God in the continual re-creation of the world.  We may not be midwives in the the literal sense, but each of us has a calling to bring to birth that which is in us and each other which, left to its own, likely will die.”

She has much more to say on the subject of courageously facing our Pharaohs, but this last sentence struck me as part of the answer to some of the questions we are asking ourselves in this class: What is the deeper role of the teacher?  The teacher assists as midwife at the birth of her students’ callings.  We help them to birth their dreams, their visions, and their destiny.

Gratitude List:
1.  For all the midwives of my life, real and metaphorical.  Those who helped me to birth my sons, those who helped me to birth my poems and books, those who helped with each vision, each idea, each dream.
2.  For the color orange.  We talk about the food cravings that people have when they are pregnant.  During my very first pregnancy, and then again during my pregnancy with Ellis, I had intense cravings for the color orange.  Weird, perhaps, but I bought orange cloth, wore orange clothes, and hung a picture on my wall of a Maasai mother and child swathed in orange (that picture is still on my wall today).  Today Ellis, clad all in orange, said, “Orange is an apt color for me.”  Yes, I believe so.  Incidentally, my color cravings during my pregnancy with Joss were purple.
3.  Mockingbird.  I think he was following us from field to field during harvest today.  Probably spying on us, to ensure we weren’t going to steal his babies, but along the way he told us marvelous jokes and stories.  Becky reminded me that sometimes they will imitate people, so I am going to start trying to teach him the first few bars of “Ode to Joy.”
4.  Cucumbers and cream cheese on sourdough bread.  A little salt.  Just right.  (And while I am on the subject of food, those boys ate tonight’s pizza supper, though I put so many veggies on it, it was more like casserole on a crust than pizza.)
5.  Working in the fields with the Goldfinch Farm crew.